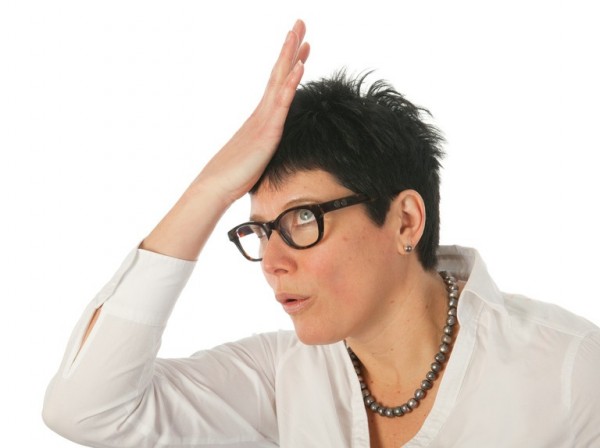 A while ago, I wrote about a memory test you can take if you worried about forgetting things. The topic generated quite a few comments on social media. Because laughing is good for us (and our brains) I decided to revisit some of the funny stories that people shared.

Some people took the memory test and were relieved.

Mary: “OK, I just took the test and I’m still mentally functional, but am awfully glad they didn’t ask for names of African countries, 50 states, presidents in order, etc.”

Some people decided not to take the test.

Some people just wanted to share a funny story about forgetting.

Woody: “When I was about 30 I went to visit a good friend, walked into the WRONG house, asked the woman where Sue was and when had she painted the kitchen??? Man, if I did that today I’d have myself locked up!!!”

Steve: “A  a guy at work drove his car a couple of blocks to the store for lunch, then walked back to work … got a call from the police a couple of hours later asking him why his car was running in the store parking lot for so long …”

Anne: My mother once forgot me at the grocery store. No trauma for me but SHE was freaked!”

Monica: “I stopped at Dunkin’ Donuts on my way to work. We had two cars, so when I came out I got into what I thought was my car. I noticed there were cigarettes, looked around and realized I was in the wrong car, which looked like our other car that I thought I drove to work! I was lucky the person who owned the car didn’t see me, or maybe they did and were laughing!!”

Lee: “One of mine, and there are many, is more of a family trait. When I am leaving my house it takes at least three trips back to the house to remember everything I should have before I leave.”

Mary: “This is more of a directional problem than a memory one, but a few years ago we were having dinner in the Old Port. I went to the ladies’ room and when I came out, instead of turning left back into the French restaurant I turned right and entered a Japanese restaurant. I just stood there wondering WTF???? Finally, a waiter came up and pointed me in the right direction.”

Marce: “Took my friend to Kittery and ended up in Berwick. Just kept driving! The best one was up at the pool. After the pool, I went in the men’s changing room by mistake. I don’t know who was more shocked, me or all those naked young men.”

Diane (me): I once left the car running while I dropped my daughters off at a birthday party. The mother invited me to stay for cake and ice cream. Who could refuse? An hour passed before I remembered the car. That was years ago. I’ve improved since then!”

When I told a friend I thought I’d do a post with all these stories, she said it was a great idea:  “A few good laughs and we wouldn’t feel alone in our forgetfulness.”

With each passing year, forgetting becomes scarier and scarier. I confess that I find it quite reassuring when someone much younger than I has a memory lapse! If you’re worried about your memory, you should read my post Forgetting things? Take this test to see if you need to worry about Alzheimer’s.

Do you have a funny story about forgetfulness? If so, please share it. A good laugh might improve everyone’s memory!