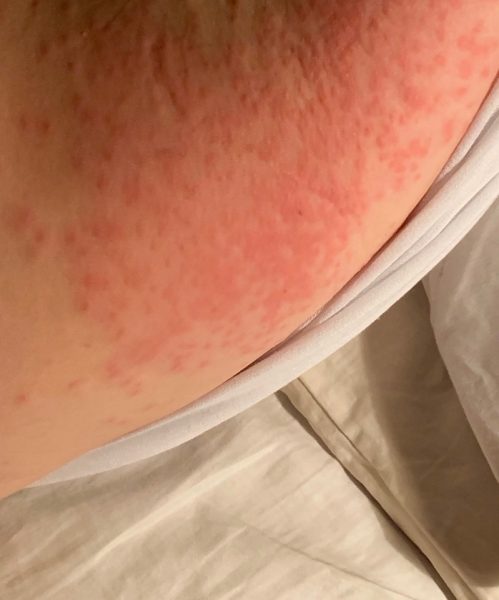 My friend Jackie decided to sit under some oak trees and this is what happened to her. She posted about her plight on Facebook:

“Browntail moth rash is REAL! Real painful, real itchy, real gross and all over my upper arm/pit/and back and I was wearing a long-sleeved shirt and the browntail moth [caterpillar] hairs went right through the fabric.”

I got the remedy

She said Cortisone 10 cream helped, but not a lot, and she had to work hard not to scratch. Several people responded with sympathy and remedies she might try.

I also shared her story on Facebook and got more advice. I decided to post the various remedies here on the Catching Health blog in case someone else was suffering. Here they are: 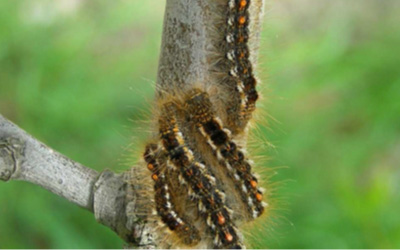 Two pieces of good news: Jackie feels better and browntail moth caterpillars are only active from April to June so hopefully, the worst is over as far as rashes go. The hairs are still toxic throughout the summer but according to the Maine CDC,  they get washed into the soil and are less of a problem over time.

The reason people develop rashes is that there is not only a toxin in the caterpillar hairs but they are also barbed and become embedded in the skin which adds to the irritation. The rash usually lasts for a few hours to several days, but can last for several weeks for some unlucky people. Inhaling the hairs can also cause respiratory problems.

I found some recent newspaper articles that have more information about what the caterpillars are not only doing to people, but also to our trees.

This is from the Cooperative Extension in Cumberland County:

All About Browntail Moth Caterpillars