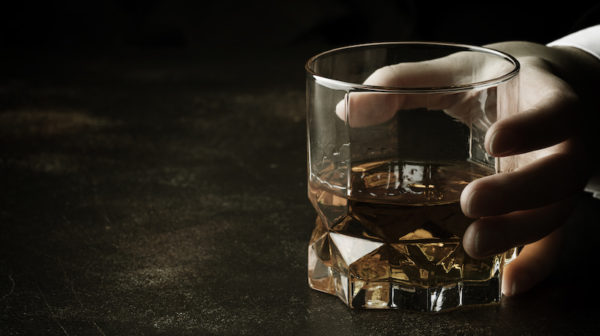 Margo’s (not her real name) downward slide began in earnest the day she arrived home from work and discovered her husband dead by suicide.

It was very traumatic, very unexpected and something I just couldn’t get over. After that, I started drinking because that was what relieved the complete panic that would happen. Not that I wasn’t drinking before because I was. I probably would have become an alcoholic anyway if I wasn’t already because my family is littered with alcoholism.

She worked hard over the next several years to get sober but nothing worked. The longest she managed was one year. Something would trigger a memory of her husband and off she’d go.

My brain would get tripped and I’d start going down a hole, almost like a sensation of falling and not being able to stop it. It could be a smell in the air or a sound or the way a piece of clothing felt, but something would bring me back to that feeling of being totally overwhelmed. It would be completely unexpected and I wouldn’t even realize what was happening. I would go over the edge and start drinking again and I could never figure out why it was and why I wasn’t able to stop.

It became a vicious cycle and one that multiple therapists, medications, and rehab couldn’t break. Until Margo met Nancy Abel, an addiction therapist who offered her a technique that was a game changer. It’s called EMDR, which stands for Eye Movement Desensitization and Reprocessing. The technique was developed by Francine Shapiro in the 1980s, initially as a treatment for trauma.

Our brains are naturally wired toward healing. Sometimes, when a trauma occurs, this natural process is disrupted and healing is blocked. In layman’s terms, the brain is “stuck.” A person may later see or experience something similar to the original traumatic event and then relive the original experience. Old feelings come back.

For example, a person who was traumatized by being in a war zone may hear a loud noise that reactivates the original experience. EMDR helps heal this. We’re not sure how it works but using bilateral stimulation reduces the “vividness” of memories and changes the perspective of a memory. It may be similar to what happens in REM sleep.

(REM sleep occurs about 90 minutes after you fall asleep and keeps happening roughly every 90 minutes. When you’re in REM sleep, your eyes move rapidly from side to side and your brain becomes almost as active as when you are awake. Breathing speeds up and becomes irregular and heart rate and blood pressure rise to about the same level as when you’re awake. This is the time you’re most likely to dream.)

In their initial therapy sessions, Nancy and Margo focused on her alcoholism.

Until I could put down the alcohol, I couldn’t deal with the suicide or all the other accumulated issues. Being sober allowed me to get my foot in the door.

They began EMDR treatment by doing what’s called a safe place exercise. Margo had to conjure up the image of a place that made her felt safe and secure. It was a challenge, but she finally settled on the image of a nearby beach. Using the cue word “wave” she was able to imagine her safe place and relax.

Because her primary goal was to stop drinking Nancy next had her visualize going through her daily life without using alcohol. She reinforced the visualization by using bilateral stimulation, which is a key component of EMDR. It’s done in one of three ways:

With Margo, Nancy used both audio tones and a tapping device. In addition to the EMDR treatments, Margo also used other, more traditional techniques, including AA, to help her stay sober. It continued to be a struggle because it was clear that she was using alcohol as a way to cope with her husband’s suicide.

They decided to shift the EMDR focus from her addiction to her trauma, her PTSD. Once again, Nancy used bilateral stimulation, but now Margo thought about the suicide. “It’s a process of free association, explained Nancy. “The client freely moves from one thought to another.”

Once that process gets going, the therapist doesn’t talk. It doesn’t matter how much I like what you’re telling me and I’m curious about it. I don’t say let’s stop this and talk about it. I keep it going.

It can be a very difficult process. It was for Margo.

EMDR is hard work because you have to be willing to really face whatever it is. A lot of times I didn’t want to do that. At the end of each session, she was ask me to rate how I was feeling, from one to 10. How anxious was I?  She wouldn’t stop the session until I was down to a two or a three. And she said I could call her anytime I needed to. I never had to.

“You have to be there,” said Nancy. “You have to. You have to talk to them at the end about how to take care of themselves and then you have to connect with them in between sessions if they need anything.”

It was a gradual process that took several months, but finally, Margo felt different.

It wasn’t like one day I got up and said, wow, I feel somewhat normal. It was slow, it was just flowing. I kept going back every week and I knew that I had a person who had my back and could have some relief. It’s the only thing that worked for me.

When Nancy first heard about EMDR in the mid-80s she thought it was hogwash and couldn’t possibly work. But then one day she was talking with an insurance company representative about a client with a dental phobia that she’d been unable to crack with talk therapy. The rep told her about another client with the same issue who was healed after a single session of EMDR.

I know it sounds weird but I thought there’s something here, there’s got to be something here. In the meantime, I had my own trauma from childhood. I decided that I didn’t have anything to lose, so I’d see for myself if it worked. I found a really good therapist, one of the most experienced people in the state. Within three sessions I was better. The trauma that I had carried since I was six years old was gone.

A side benefit was that her longtime fear of driving over bridges also disappeared.

I didn’t know until I tried to drive over a bridge and the fear wasn’t there anymore. What happens is there’s a generalizing effect so that you sometimes you work on one trauma and other traumas clear out automatically. It’s really fascinating.

The stages of change

Nancy got trained in the technique in 2001 and since has treated hundreds of people. She decided to start using the technique with some of her clients and after several years of seeing it work, she and addiction therapist John O’Brien, who also uses the technique, wrote a book together. It’s called Treating Addictions with EMDR Therapy and the Stages of Change.

John and I didn’t develop this theory, we took a lot of people’s work and put it in one book and connected it to Prochaska & DiClemente’s stages of change theory. We developed a technique that looks at the stage a person is in and what EMDR techniques could be used at each stage to help the person get into recovery.

It starts with precontemplation. If I ask someone if they’re thinking about letting go of alcohol in the next six months and they say no, I know they’re in precontemplation. If they’re in contemplation, they’re actually thinking about changing. Next is preparation. They’ve made the decision to make a change, but they’re just working on what they need in order to make it happen. The action stage is when they’re actually making the change and maintenance is where they maintain the change and try to prevent a relapse. We also look at what happens when someone relapses.

There’s not a lot you can do with EMDR in the earliest stages of change, but there is a technique called a two-handed interweave. You have the person hold the image of continuing to drink in one hand and the image of quitting in the other. They close their hands, then open the one that holds the image of continuing to drink. They look at ‘I’m going to continue to drink’ and then close the hand. Open the other hand and look at ‘I’m going to quit’ and then close the hand. Opening and closing the hands is a form of bilateral stimulation. After about three minutes, you have them tell you what they’re thinking and then tell them to keep going. If someone’s waffling or on the fence about making a decision, doing this exercise helps them move to one side or the other.

Nancy doesn’t use EMDR techniques on all of her patients. It all depends on the client’s needs. Margo didn’t know what she needed when she began seeing Nancy. She only knew that despite years of trying, she couldn’t get sober and she couldn’t deal with the aftermath of her husband’s suicide. Here’s what Margo has to say now, more than 10 years after she started seeing Nancy and tried EMDR.

It helped soften the negative triggers. One trigger wouldn’t trip any others. Nothing would stop them before. I knew what to do intellectually, but it didn’t stop the emotions and the physical feeling of being overwhelmed. Just hearing those tones in my ear during a treatment and in my mind when I’m not there stopped that reaction. It’s hard to explain. It’s like having a circuit breaker. It’s visceral.

I’ve been in AA for over a decade, which has helped enormously. It gave me the tools to stay sober, but EMDR allowed me to open the box. They’re probably about equal for me because I never would have been able to stick with AA if I hadn’t had the EMDR. I tried for years and it didn’t work. EMDR helped me get control of my life.